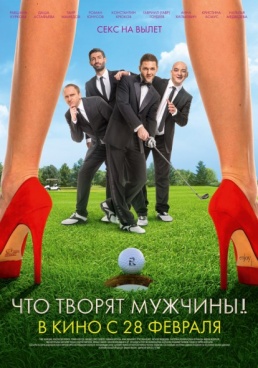 What Men Are Doing!

Synopsis:
Stern women, half a million dollars and four characters who are to take part in a sex-tournament organized by the extravagant millionaire. The idea of the game is to seduce as many women as possible in the seaside resort within the period of five days. After getting the task, the magnificent four friends rush into battle. But the targets are not that easy: a grandmother, a wife of a tycoon, an unapproachable female stern as a castle, and a virgin…and only the best wins the prize.

Every one of them will use his own arsenal, and everyone will be close to getting the long-awaited jackpot by adding their new victims to the list of their men’s victories. But suddenly love intervenes in this “sex affair”.