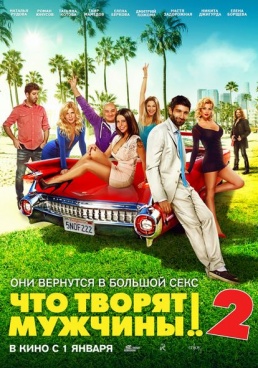 Synopsis:
Russia is threatened with terrible danger! A former sys-admin of the Secret Military Unit, who sometimes ago had gone to America initiated the virus to break the security system, which in turn may result in dire consequences. To halt the program, you need a special password – the word which is pronounced by a former hacker’s friend when she is having orgasm. It’s just one word, but within the last year there have been about dozen girlfriends with whom he had sex … and all of them are in Los Angeles! To save the country there have been called the main experts in women by names of Daniel, Gosha and Vitalik.